The process that actually produces the fabric is weaving. This is one of the most ancient operations performed by humankind and although, over the course of the centuries, it has undergone some alterations and improvements, these have never amounted to radical transformation. While technological progress has rendered looms ever more state-of-the-art and efficient, their basic components have remained unchanged, as have the various stages in the weaving process. The structural elements of a loom are, as they have always been, the beams around which the warp yard is wound and then passed through the eyelet of the heddles in a set order, the shuttle that moves the weft and the reed that holds the combs that batten down the weft on the woven fabric. 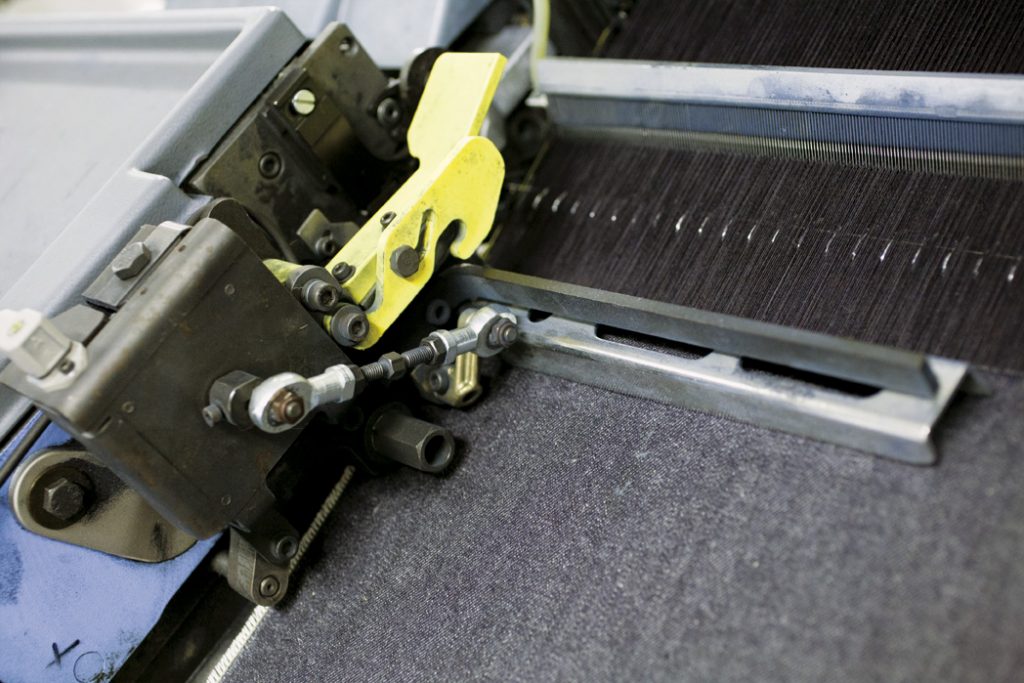 The weaving operations are also quite simple, the alternate up and down movement of the heddles spreads out the warp yarn, making room for the shuttle. Once the shuttle has passed through, the combs compress the weft yarn and the heddles reverse their position after which the combs returns to their departure point and the process begins again. Of the four types of loom in common use in the textile industry: the classic shuttle, the projectile, the rapier and the air jet loom, the projectile loom is the most widely used for weaving denim. In this type of loom, a projectile fitted with grippers hooks onto the weft and is then launched into the inner part of the shed space by guide teeth that keep it on the correct trajectory. It is then slowed down in order to leave the weft, after which it is carried under the shed space by a chain, from where it starts all over again. This type of loom can achieve 400 movements a minute, producing two lengths of fabric at the same time. In classic denim, the warp to weft ratio is mainly 3:1, so that, when the fabric is viewed vertically, you can see one weft point and then three weft yarns covered by warp. 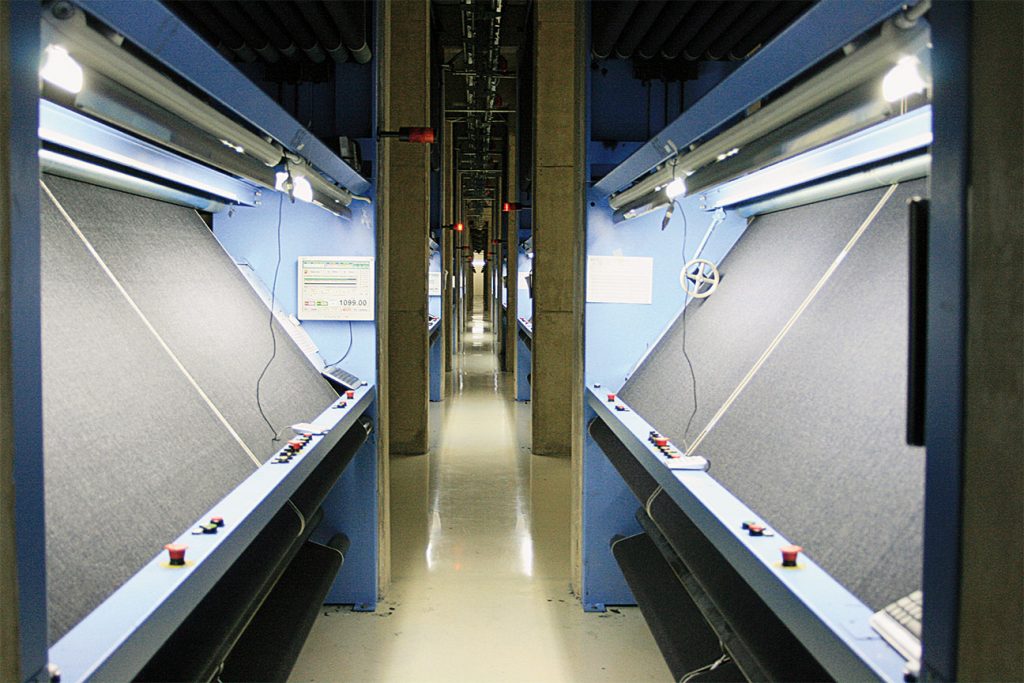 The much-loved look typical of indigo jeans is therefore created by the warp and the infinite variations that can be obtained within the shades of indigo and by the subsequent abrasive processes the jeans are subjected to in the laundry to eliminate the indigo dye from the outermost surface of the warp, until the core, the colourless central part of the yarn, is revealed.

Once it has been woven, classic denim is ready for one more process before cutting. This is finishing a treatment whose main aim is to give the fabric dimensional stability.

ISKO I-SKOOL™ IS AN OUT-OF-THE-BOX EDUCATIONAL PROJECT INVOLVING SOME OF THE MOST IMPORTANT SCHOOLS ON AN INTERNATIONAL LEVEL ...